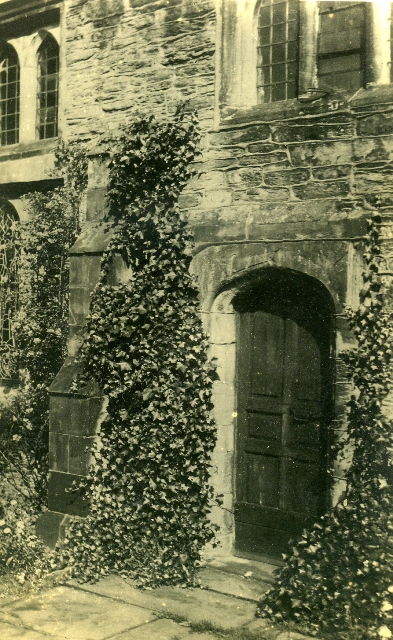 Continuing around the church, returning to the south elevation, you pass the Hulton Door from the outside. This was a private entrance to the Hulton Chapel, although in 1766 the wardens petitioned the family to allow parishioners the right to pass through it. If you have already completed the interior tour, don't think your memory is failing you! The doorway was draughty and was built up during the 1884 restoration - on the inside only - leaving the original wooden door locked on the outside!

The Hulton Door is referred to several times in the 1986 Guide, see page 23 in particular. The decision was taken to resolve this curiosity and the sealing of the doorway was completed with the removal of the door itself and adding the infilling stonework (sometime between 1986 and 1993)