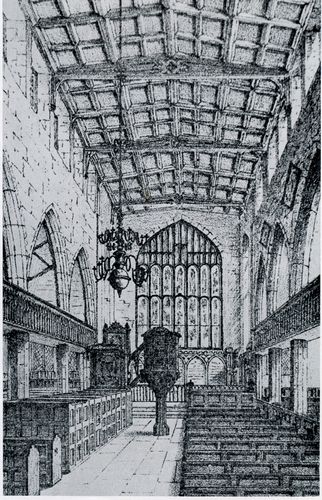 In its time, Deane Church has seen many alterations and restoration. At one time there was a balcony over the North and South aisles. They were removed in 1883 and the pillars still bear the marks of where the floor was attached. The top set of windows were added to allow light for the congregation to see their bibles and prayer books, that is for those who could read.

It would appear that there were two entrances to the galleries. One was via a rather grand porch next to the current one. Another was on the north side near the vestry. There is what looks like the remains of a doorway in the plasterwork in the south west corner of the Baptistry. We have yet to discover any documents to explain the marks.