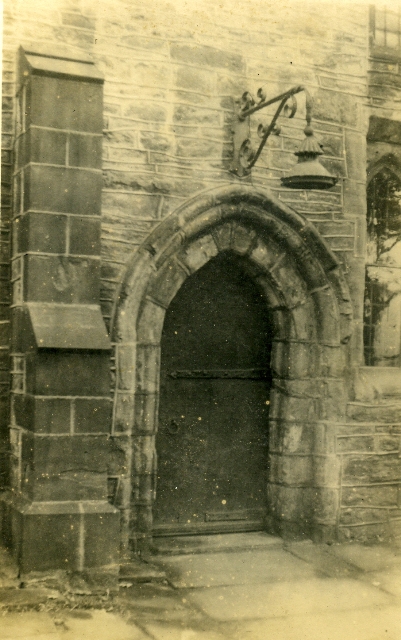 The doorway is reckoned to be the oldest stonework of the church, possibly moved from a previous position 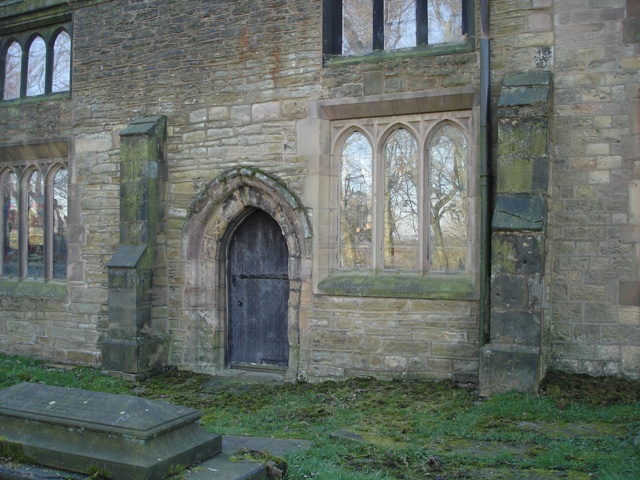 Round the corner to the North Wall we see the North Door from the outside, and can now see the weathered 13th century stonework. It is thought that the stonework was originally in a different place.

It has featured in several TV programmes including Moll Flanders.