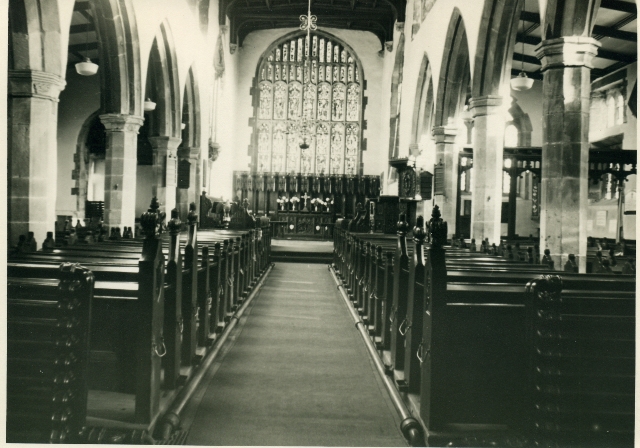 The work of restoration and extension does not seem "very modest". The galleries were taken down and the doorways which gave access to them wee built up - though the one on the south aisle was not built up on the inside, and the arch of this doorway can be seen behind the panelling in the baptistery. An examination of the pillars shows where it had been necessary to remove part on the stonework to give support to the galleries. (1884 restoration by HSP)

The chancel was extended ten feet and the perpendicular east window rebuilt. A square hole found in the south wall, was an aumbry for keeping Communion vessels. But already another had been made, so we have two. 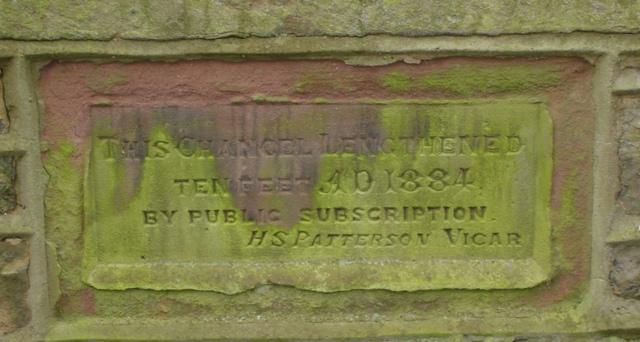 A stone tablet under the window on the outside wall records: "This Chancel lengthened ten feet A.D. 1884. H.S.Patterson, Vicar."