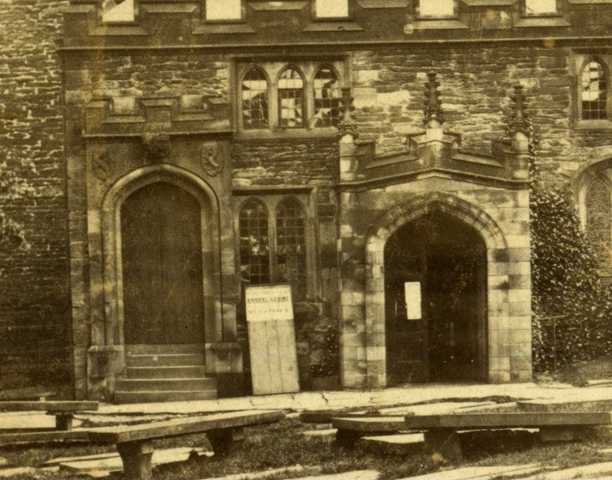 On the back of an oil painting, obviously copied from an old photograph is an explanation about the old gallery entrance. "A date on back of glass is May 1st 1889. Painting shows the door*, west of the porch, leading to the south and west galleries. Also the narrow door leading to the Hulton Chapel. Note the ivy at that time + 2 yew trees.

* However this door had been built by Squire Hulton to lead to the galleries + the archway was removed by the then Squire (1883-1884) when Vicar Patterson removed the galleries. It was rebuilt as the gateway to the Hulton Park gardens. The "Fisherman of Deane" above the door was placed to the west.

The picture shown here is just a small part of the photograph shown in full elsewhere on this site.